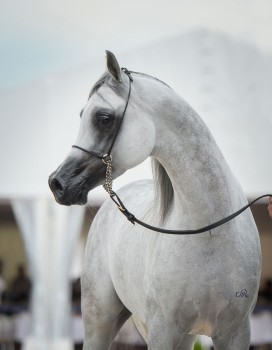 Paris is the son of Palmeta, one of the most valuable mares of Janów Podlaski Stud, descending from the legendary Pilarka. Palmeta is a wonderful broodmare. Each of her foals so far places among the best of its crop.

Paris began his show career as a yearling. He is of correct build, with excellent legs, pretty head and beautiful eye, outstanding movement and Arabian type.