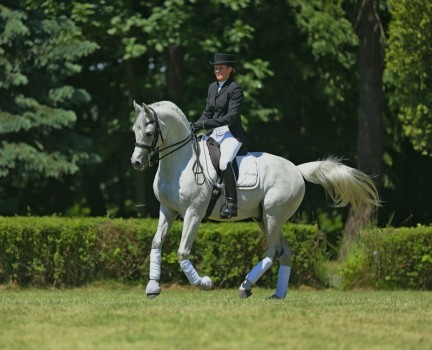 Alert is by far the best get among Piaff's offspring. Alert, similar to his sire, is a horse with an excellent front, correct legs, good body and a long, high-set neck. His short head has a wide forehead and large, dark eye.

Alert began his stud duties in 2010 at Michałów Stud. After a two year lease he became a chief sire at his maternal stud.